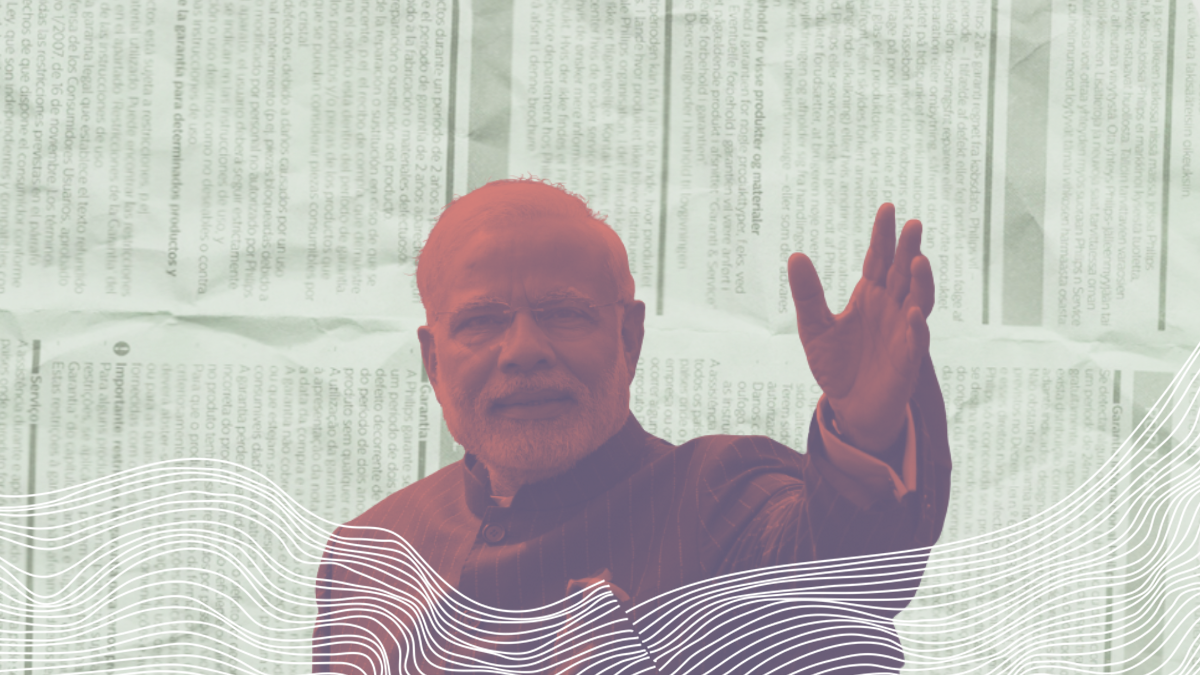 There’s a poisonous saffron plaguing India; an ugly byproduct of a decaying democracy built on the foundations of Nazi ideology

A brilliant and emerging region, once at the forefront of the fight against British colonialism, now hides behind the excuse of being the world’s biggest democracy when confronted with its social decay.

Over the last few years, India has seen unprecedented right-wing Hindu movements take over the country as Narendra Modi maintains his political influence over 1.4 billion people. Muslims being lynched, school girls barred from wearing the hijab and communities forced to allign themselves with Hindu ideologies are stories no longer uncommon across the streets of India.

However, these events are not exceptions or random occurrences—they’re the natural consequence of a pervasive fascist ideology that seeks to saffronise the country. The Bharatiya Janata Party (BJP) has spent over two decades in an attempt, a rather successful one, to rewrite Indian history at the expense of other cultures and religions.

Modi’s election win in 2014 was the first time someone occupying constitutional office identified as a hindu-nationalist—an ideology derived by the very people who assassinated Gandhi. However, that’s a conversation for a later date.

The son of a local grocer, Modi spent his childhood with the Rashtriya Swayamsevak Sangh (RSS), a Hindu nationalist group inspired by Nazi ideology and race purity. He was once denied entry to the United States because of “severe violations of religious freedom.”

Yet somehow, the world seems to have forgotten the blood-stained beginnings of Modi and the mass human rights violations endured during his time as the chief minister of Gujarat, where riots led to the deaths of over 800 Muslims in an event that is said by scholars to constitute ethnic cleansing.

Events like the Gujarat Riots are not what lay the foundations of a fascist ideology, though. It all begins with a destructive partnership between race, nationalism, and religion—especially the latter two, which were critical in shaping India’s politics over the last two decades.

We can start looking at saffronisation from the context of education to help explain the uptick in right-wing ideologies across India and how they’ve ravaged the country.

The BJP did not approve of the content in Indian educational textbooks, of course – it presented the contributions of Muslims in the subcontinent and that isn’t a good idea if you want your kids to believe in religious supremacy. To them the textbooks did not indoctrinate students with nationalist ideas that worked towards the creation of a Hindu state.

In order to make textbooks conform to the BJP’s Hindu nationalist platform, the BJP reformed NCERT and the Indian Council of Historical Research (ICHR), claiming a rigorous anti-Hindu agenda. A Hindu nationalist narrative was heavily incorporated into textbooks in states where the BJP controlled the local government.

These modifications included the deletion or minimizing of Muslim contributions to Indian society as well as the omission of caste-based violence and discrimination throughout Indian history.

The saffronisation of textbooks has actively resulted in social and democratic decay in India. When kids are taught revisionist Indian history that holds their religion supreme, that their country is devoid of cast-based violence, that Muslims are the problem, and that there needs to be a Hindu state even at the cost of lives – they grow up to become accessories to a Hindu-fascist machine that wreaks havoc across the subcontinent.

His right-wing politics is, as a result, allowed to take on more aggressive policies. When an entire segment of Indian society consisting of just one religion is rendered politically insignificant by the ruling party the country is bound to spiral into chaos.

Modi’s BJP has spent last summer actively bulldozing homes belonging to Muslims accused of participating in anti-government protests. Government officials assert that they are only tearing down buildings that were built without a permit, not specifically targeting Muslims. A sort of cleanup effort for the city.

As Arundathi Roy brilliantly puts it: “That reasoning, of course, is not even meant to be convincing. It is meant as mockery, and to instil terror.”

These recent events, including schools preventing girls with Hijabs from entering premises and frequent lynchings, mark a sinister chapter in Indian history. One filled with perverse ideologies that seek to rebrand fascism as a pretty saffron in what is known as the world’s largest ‘democracy’.

By disenfranchising the Muslim population across India, whether through political speeches, systemic violence, or draconian laws – the BJP endorses fascistic ideologies that lay the ground for ethnic cleansing.

It seems absurd to hear these words in the context of India, one of the world’s biggest economies and known globally for its profoundly rich culture, but it’s a grim reality millions across India have to live with.

Kashmir as an example

Ethnic cleansing and genocide are words that carry a lot of weight, and a part of me wishes I did not have to use them to describe the current chapter in Indian politics – but I am bound by an unfortunate truth.

You don’t have to look too far to see the BJP’s fascist ideologies in action. Indian Occupied Kashmir (IOK) is one of the most militarized zones in the world. To make matters worse, the BJP stripped Jammu and Kashmir of their autonomous status and continued to unleash a barrage of state-sponsored violence against Kashmiri citizens whose only mistake seems to be demanding human rights enjoyed by the average person.

Tens of thousands of people have been killed, and many more left permanently disabled as a consequence of India’s brutal policies in Kashmir – and there is nothing that stops Modi from approaching Indian Muslims with the same brand of state sponsored violence.

After the 2019 elections, Muslims secured just 5% of the seats, continuing a two-decade trend of stagnant representation of Muslims in parliament. That’s partly due to BJP’s rise; by the middle of 2022, the party had no Muslim members serving in the parliament.

Moreover, according to a 2019 investigation by an Indian NGO, half of the police officers questioned had anti-Muslim prejudice, which made them less likely to step in to prevent attacks against Muslims.

“India is turning into a Hindu-fascist state”

In recent years, cases accusing Hindus of participating in violence against Muslims have occasionally been dismissed by courts or government agencies. States are passing more legislation that restricts Muslims’ freedom of religion, such as anti-conversion laws and restrictions on head coverings in schools.

You might be able to label mob lynchings and racist verbal abuse as exceptions and infrequent events despite the overwhelming data stating otherwise, but the fact of the matter is that India is turning into a Hindu-fascist state that is trying to rewrite the subcontinent’s history in a manner that will only enable genocidal ideologies.

There is only one conclusion to India’s dangerous dance with fascism, and it isn’t a pretty one. 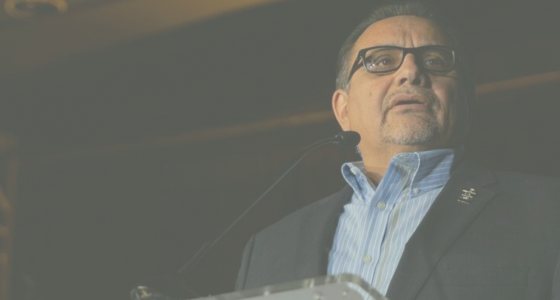 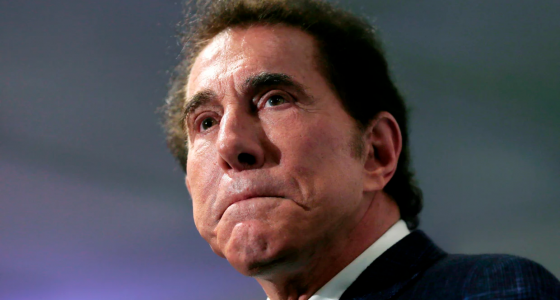 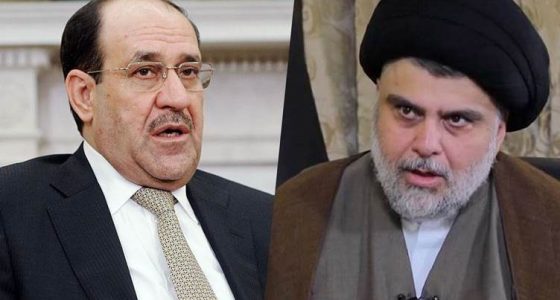 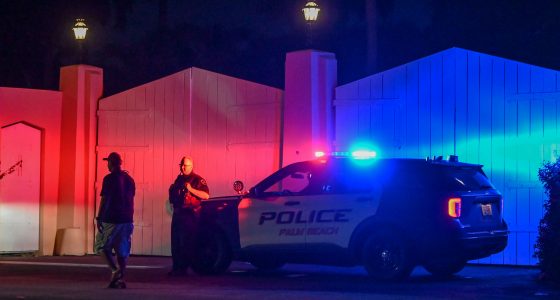 Leaked documents from FBI’s raid show top-secret files kept at Trump’s estate
Manage Cookie Consent
To provide the best experiences, we use technologies like cookies to store and/or access device information. Consenting to these technologies will allow us to process data such as browsing behavior or unique IDs on this site. Not consenting or withdrawing consent, may adversely affect certain features and functions.
Manage options Manage services Manage vendors Read more about these purposes
View preferences
{title} {title} {title}
Go to mobile version